Skip to Main Content
We use own and third party cookies to offer our services, customize and analyze your browsing and show advertising relating to your preferences. If you continue browsing, we'll consider that you accept its use. You can change settings and more information in the cookies policy
Accept
Biomedicine international training research programme for excellent clinician-scientists
Bringing science from bench to bedside 7 research projects running + information
+ information

A new generation of clinician-scientists

BITRECS will support seven outstanding post-doctoral clinician-scientists with the implementation of their 36-months research projects and will provide them with high-level professional training to become future leaders in their areas of expertise.

Get to know who they are and what their research is about. 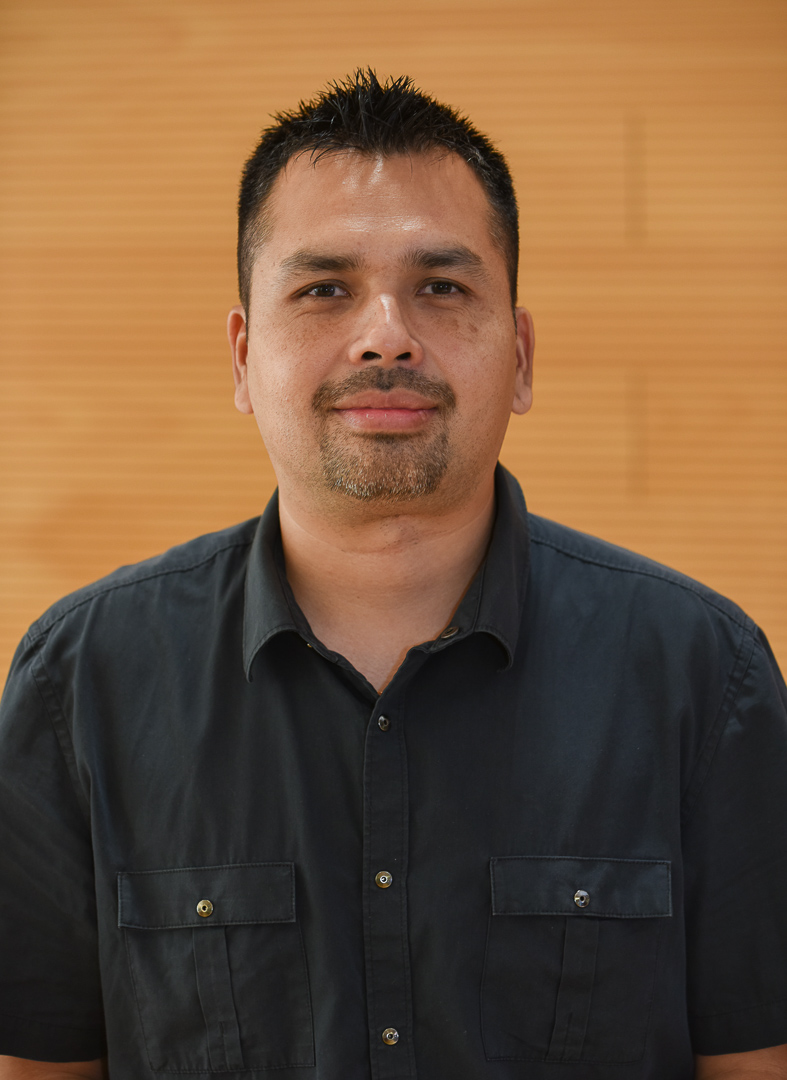 He received his MD from the Universidad Nacional Autónoma de México (1998) and then completed internal medicine residency training at the CMN Siglo XXI (2009) followed by a clinical/research fellowship and a master’s degree in systemic autoimmune diseases in the Universidad de Barcelona (2010). Dr Alba obtained the degree of Doctor in Medicine by the Universidad de Barcelona (2014). From 2016-2019 he joined the department of Pathology and Laboratory Medicine at the University of North Carolina at Chapel Hill (USA) as a postdoctoral research fellow. Dr. Alba´s main focus of interest is on systemic vasculitides. His research activity is directed at understanding the causes, and improving the classification, diagnosis and treatment of patients with ANCA vasculitis and giant cell arteritis, by using clinical data, in vitro assays, animal models, and human specimens. He has published over 45 journal articles and over 10 book chapters. 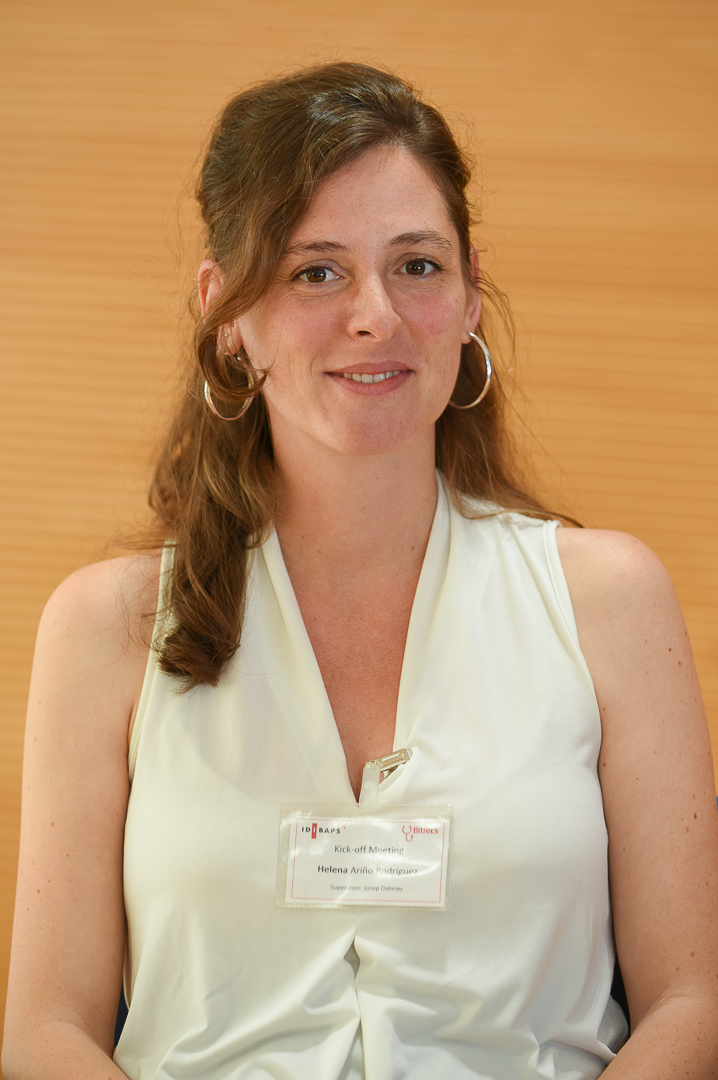 Helena Ariño is a neurologist with a special interest in autoimmune disorders affecting the central nervous system. She graduated in Medicine from the Complutense University of Madrid in 2008, and trained as a neurologist in Barcelona, at the Hospital Clinic. She developed a strong interest in research in the expanding field of autoimmune neurology, and her thesis about GAD antibody-associated neurologic disorders supervised by Dr. Francesc Graus was honored with Excellent "Cum Laude". Under the research training program Río Hortega she has been integrated in the Neuroimmunology Unit in the Hospital Clinic and her research has contributed to better characterize some antibody-mediated encephalitides discovered in the last decade by Dr. Josep Dalmau both from a clinical and immunological perspective (in particular, encephalitis associated with anti-NMDAR, anti-LGI1 or anti-DPPX antibodies). She is committed to improving diagnosis with autoimmune encephalitis, where early detection prevents poor clinical outcomes, and understanding its etiopathogenesis. She is especially interested in harnessing the potential of biomedical informatics for this purpose. 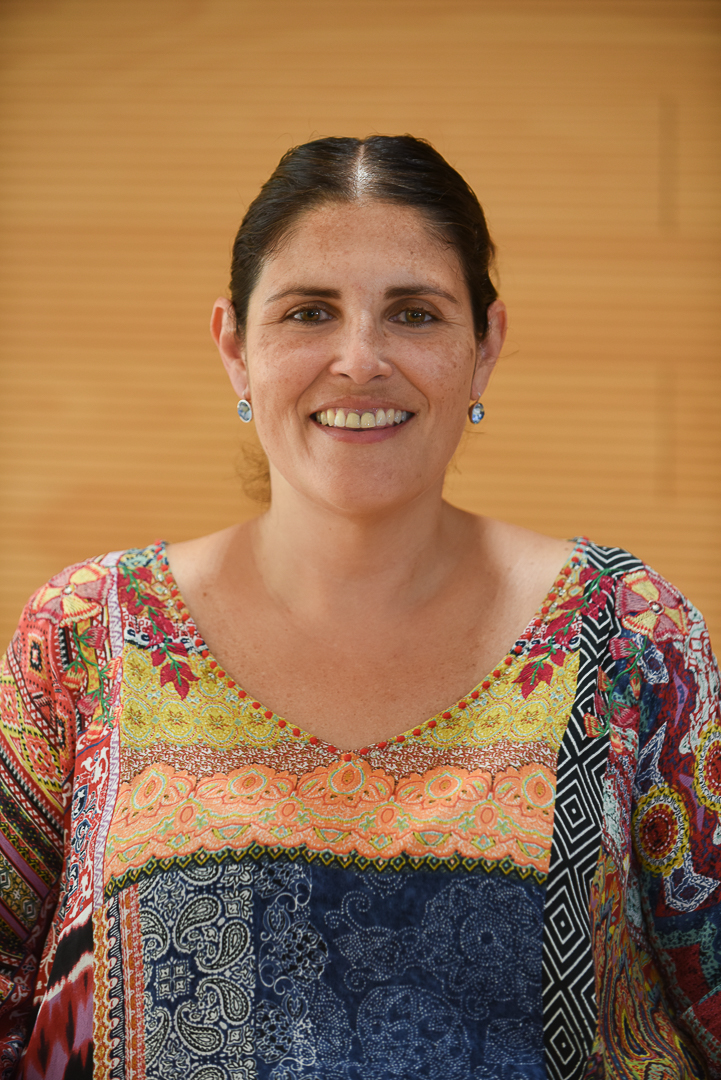 Lorna Leal is an HIV clinician with a special interest in therapeutic and preventive vaccines. Since 2013 she has been focused in developing and testing novel mRNA-based vaccines and participating as the leading clinician of national and international therapeutic HIV vaccine clinical trials within one of the most important research groups in Europe. Also in the HIV field, Lorna has been collaborating with different NGOs since 2008. She believes that her experience working with high-risk and vulnerable groups has taught her the prioritization of tasks and has improved her ability to select the most crucial ones. For the last 10 years she also has been working as an emergency care specialist at Hospital Clinic of Barcelona. Other special interest is teaching, as an Associate Professor of the University of Barcelona she has had the opportunity to participate in the training of medical students both undergraduate and postgraduate. 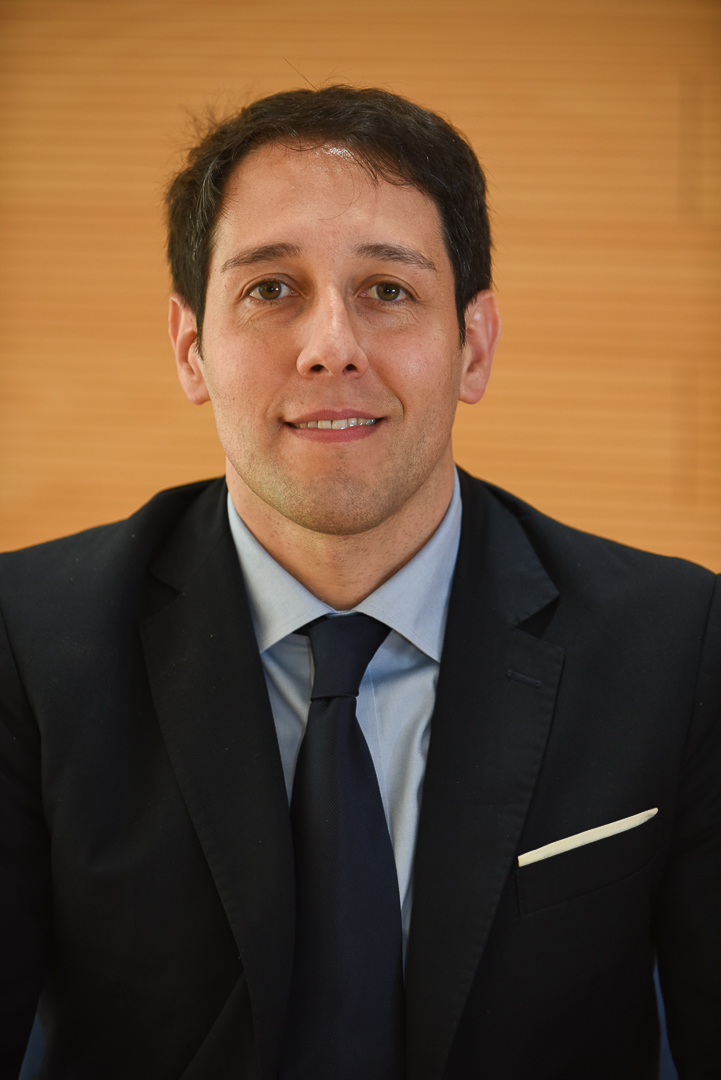 Mobility scheme: outgoing at The Prince Charles Hospital in Brisbane (Australia) and at IDIBAPS

A/Prof G. Li Bassi is a clinician-scientist currently working at the Critical Care Research Group, The Prince Charles Hospital, Chermside, Australia. A/Prof Li Bassi has been trained to become a world-renowned researcher, mentored by some of the most distinguished innovators in the field of critical care medicine, at the University of Milan, Italy and the National Institutes of Health, USA, where he was granted the NIH fellowship award for research excellence. Since receiving his PhD in Pulmonary Infectious Diseases, at the University of Barcelona, Spain, he directed a laboratory at the Department of Pulmonary and Critical Care Medicine, Hospital Clinic, led by Prof. A. Torres. In these proficient years, he received various awards by Medical Societies and gained more than 2.4 million Euro in research funds by industry and government. Throughout his career, he authored more than 150 scientific publications and trained more than 60 international research fellows. A/Prof Li Bassi recently co-developed the global COVID-19 Critical Care Consortium to characterize critically ill COVID-19 patients and apply next-generation machine learning to improve outcomes. 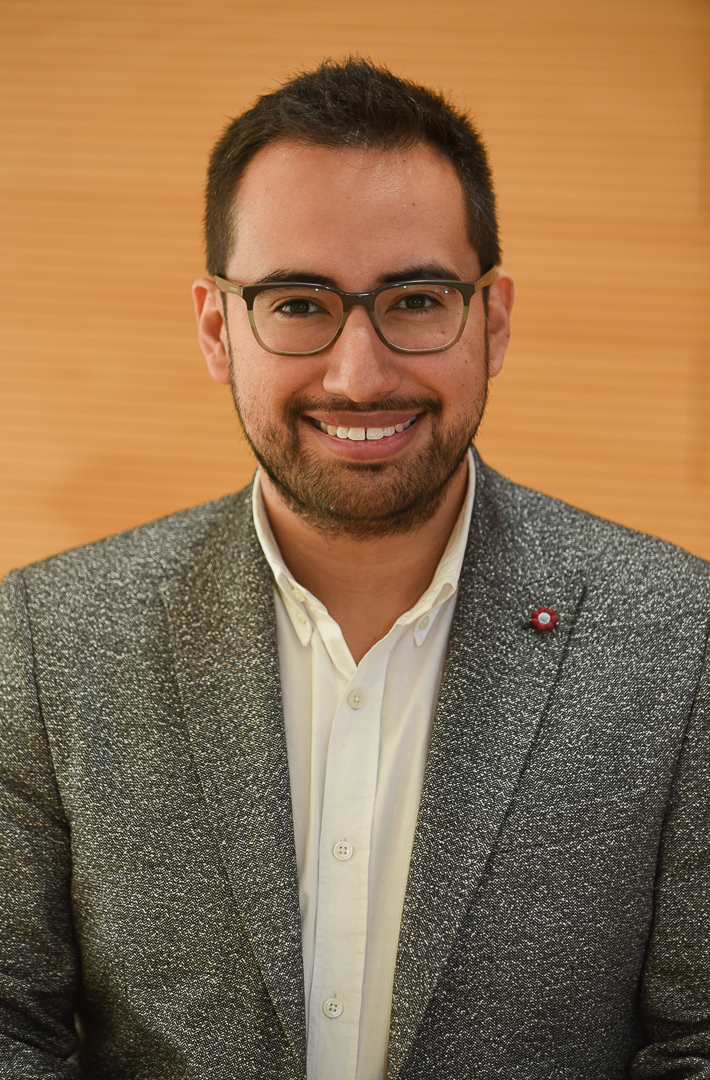 Mobility scheme: outgoing at Würzburg University (Germany) and at IDIBAPS

Luis Gerardo Rodríguez Lobato is a physician-scientist specialized in Hematology. He completed his clinical training at Hospital Clínic of Barcelona. He has a Master’s in Hematopoietic Transplantation from the University of Valencia and a PhD in Monoclonal Gammopathies from the University of Barcelona. Currently, He has obtained the distinction to join the BITRECS program to carry out his post-doctoral studies in chimeric antigen receptor (CAR) T-cell in multiple myeloma at the University of Würzburg in Germany and IDIBAPS in Spain. He has skills and experience in clinical research, mainly in monoclonal gammopathies and stem cell transplantation and also in advanced statistics. He has given regular oral and poster presentations at national and international meetings. 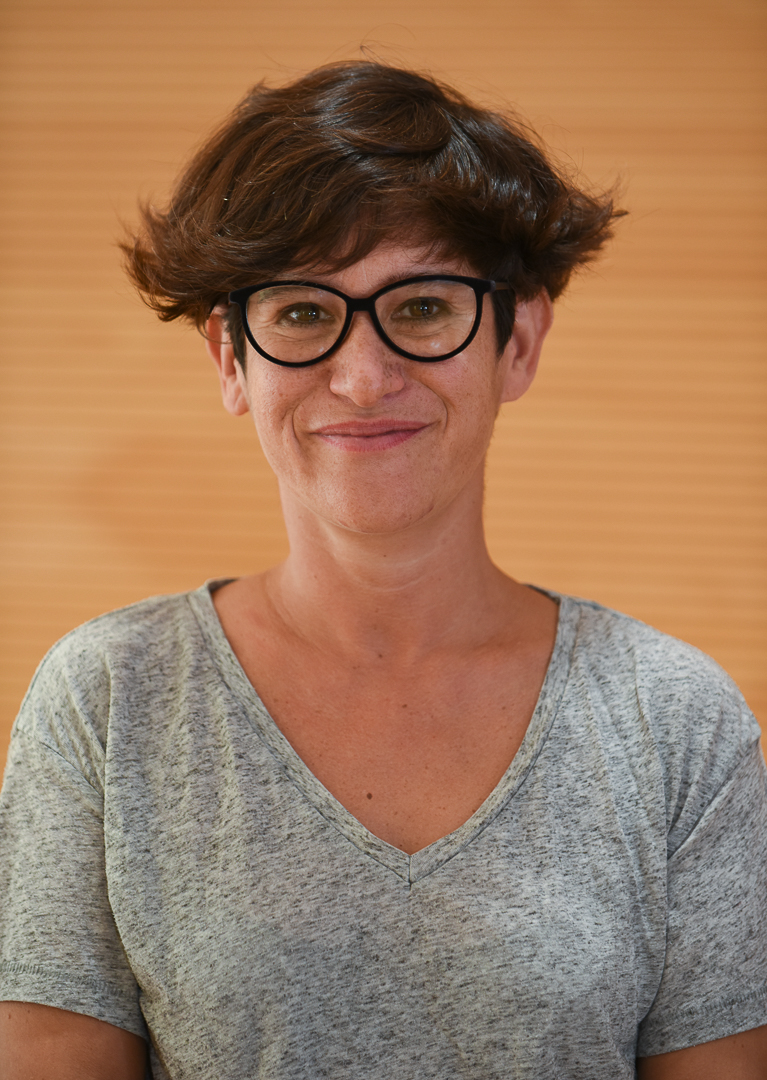 Dr. Isabel Valli holds a degree in Medicine and Surgery from the Universitá degli Studi di Milano (Italy) and a specialist diploma in Psychiatry from the same university. In 2007, she was awarded a Medical Research Council clinical training fellowship. The work produced during this 3-year fellowship was submitted as a PhD, which she was awarded in 2011 by King’s College London (UK). Dr. Valli was subsequently appointed to a National Institute of Health clinical lectureship at the Institute of Psychiatry, Psychology and Neuroscience, King’s College London (UK). During this 3-year appointment, she completed the UK higher training in psychiatry, was a lecturer at King’s College London (UK), was module leader in the Masters program in Early Intervention in Psychosis at the Institute of Psychiatry, Psychology and Neuroscience, and was awarded the Dennis Hill Prize. Dr. Valli was then appointed to a consultant psychiatrist position in early intervention in psychosis. She has published extensively in high impact journals on the brain imaging correlates of early psychosis and has regularly presented her work at international conferences. 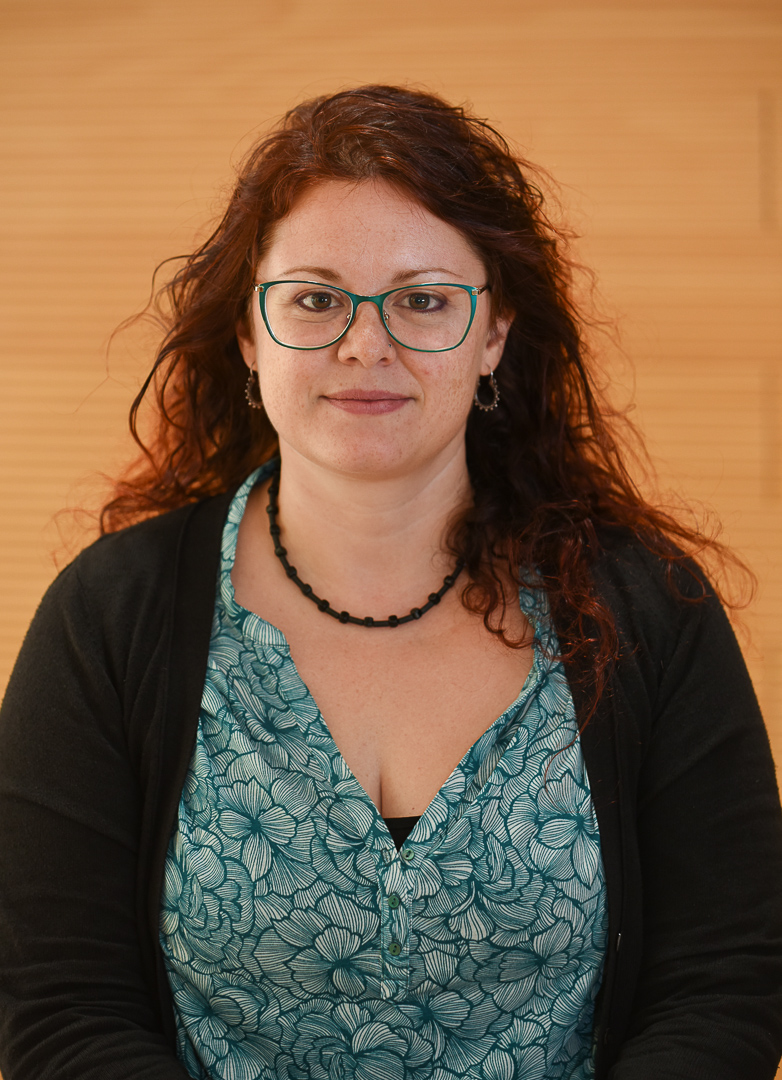 Norma Verdolini graduated in Medicine in 2011 from the University of Perugia (Italy) and performed her clinical residency training in Psychiatry at the same institution. In 2014, she performed a research attachment at the South Essex Partnership University NHS Foundation Trust in collaboration with the University of Cambridge (UK). After completing her clinical residency training (2016), she became clinical psychiatric director at the ‘Complesso residenziale Torre Certalda’, worked as clinical investigator at the ‘Instituto Serafico in Assisi’ (Italy), performed freelance clinical activity in Italy, while working on the articles for the PhD. Since January 2018, she received a “Río Hortega” contract (CM17/00258) at FIDMAG (Spain). In November 2018, she defended her PhD thesis.